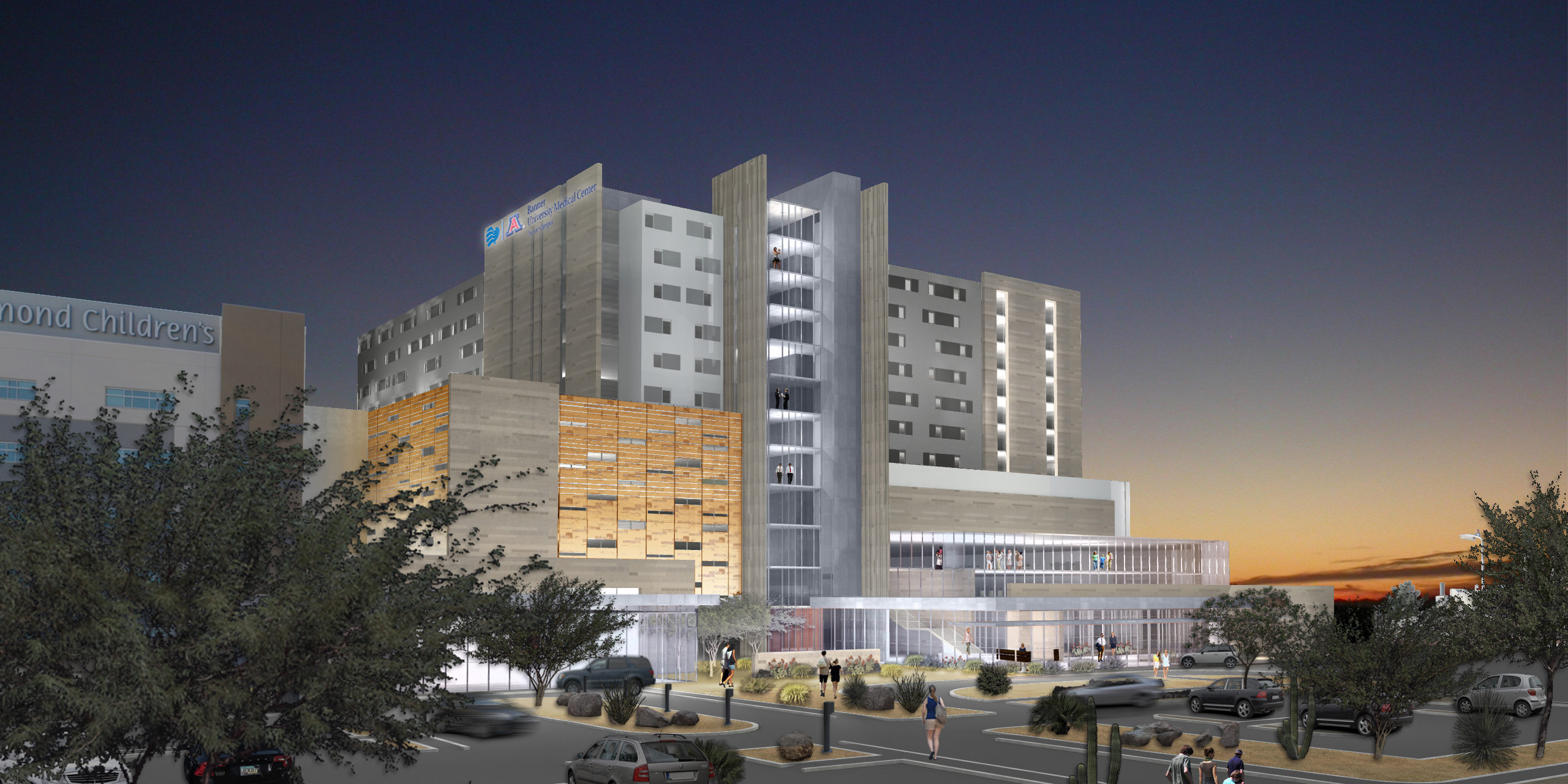 For the new hospital, a central utility plant is being constructed. This stand-alone facility will provide all utilities previously supplied by the University, including but not limited to, chilled water and heated hot water. The building will consist of a two-story structure, with the third level roof housing the cooling towers for the chiller plant. The first level will house the mechanical systems, primarily the chilled water system and the hot water system. The central utility plant will be sized to accommodate six 1,500-ton capacity centrifugal chillers in an N+1 configuration. The initial buildout will only see four 1,500 ton chillers installed. The second level houses the electrical support system for the CUP utilities, including three 2000 kVA Emergency Generators, supporting unit substations, and the parallel gear. The overall area for the two floors of the central utility plant is 19,384 sq. ft.

Though the building is not going to pursue LEED certification, sustainable materials will be used in the construction of the building envelope and interior finishes. The envelope construction, LED lighting and all mechanical and electrical equipment will be as energy efficient as possible. Additionally, the chilled water systems are being modeled for energy optimization and a combination of configurations.