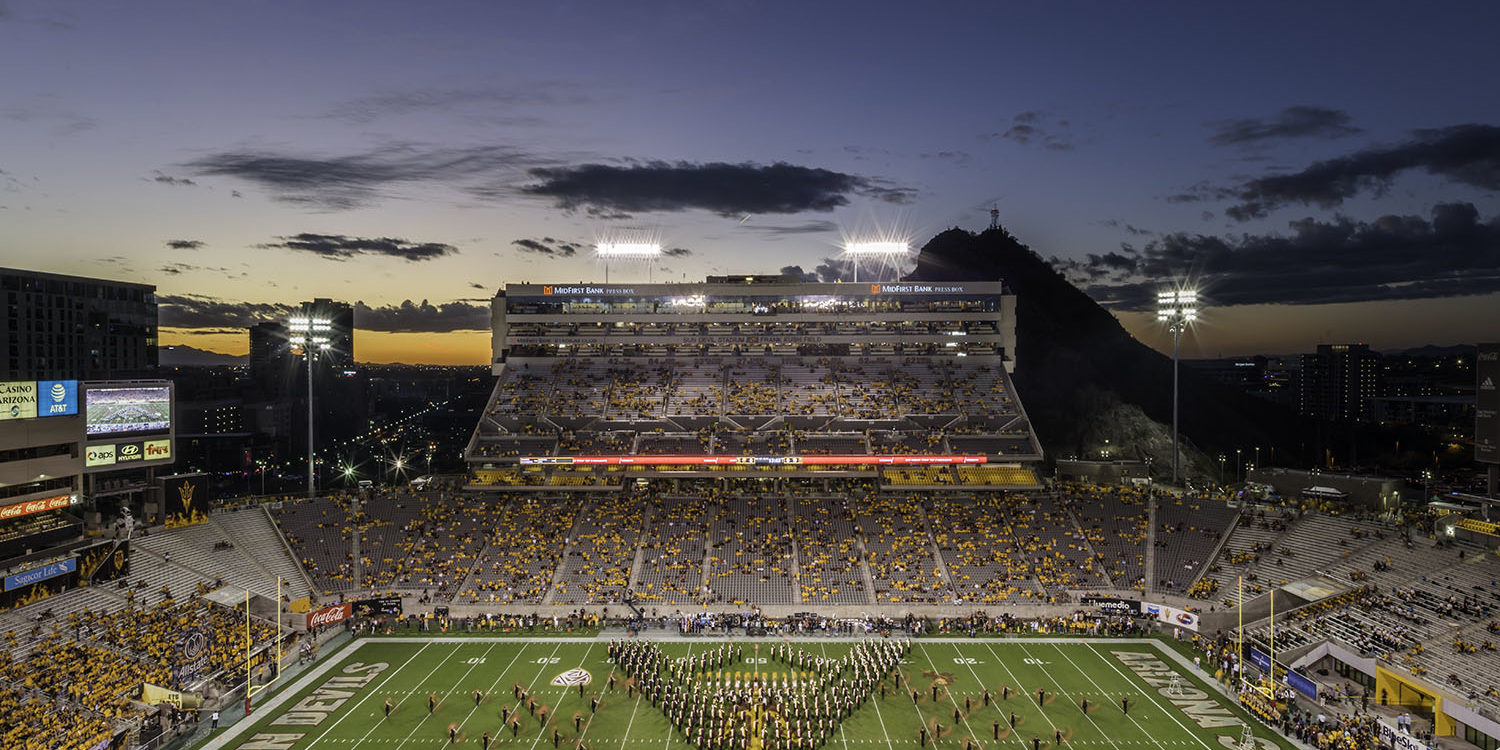 Phase 1 consisted of replacing the existing stadium and ancillary support spaces in the south end zone with a new stadium, main concourse, concessions and restroom buildings.

Phases 2A and 2B consisted of a “merged” single phase so the best assessment of scope and cost control could be obtained. The construction consisted of the renovation of the club levels and a new student athletic facility (SAF) at the north end zone.

The Sun Devils continued to play each season (2015, 2016, 2017) which required all systems to be operational prior to the start of each season. This required all infrastructure to be designed and implemented with provisions for “plug and play” approaches as they were incrementally replaced throughout the various phases. A final functional test was completed at the end of the final phase of construction. This verified that all campus control systems were operational. During the 2016 season, the construction team finished Phase 2 work for occupancy of the west side line and main kitchen on the north. This includes all supporting MEP systems for these areas.

Amenities beginning Fall 2016 included seats with backs and more leg room in the lower bowl, new premium seating on the west side, restroom and concession improvements and the construction of a new student section in addition to the student-athlete building on the north end.

Phase 3 consists of a renovation to the east sidelines. The stadium capacity will be 56,000 seats. Amenities beginning Fall 2017 included a 100 x 500-foot video board placed in the north end zone. A patio on the roof of the student-athlete facility that’s open to spectators with concessions and restrooms.